JGC’s Promising Partnership With the ‘Small but Mighty’ MODS 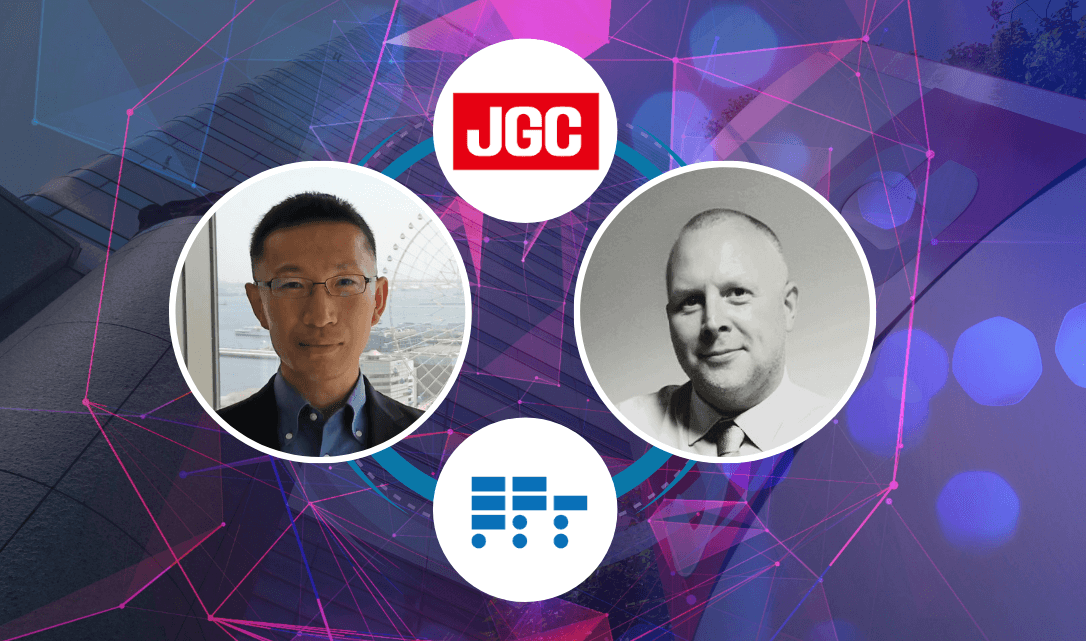 The JGC Corporation, is one of the largest global engineering design and construction organizations based in Yokohama, Japan. JGC have been trading since the 1920s and over the course of its history, has been involved in more than 20,000 projects across the world.

It’s safe to say that JGC is a ‘giant’ in the Energy EPC sector. It builds mega-structures, hiring tens of thousands of employees, uses millions of pieces of equipment and parts to complete their plans – JGC are ‘BIG’ business.

MODS, in comparison to this major league player, is minute. MODS began as a small Aberdeen based, family business; now it has offices across the globe. But for this Software solutions company servicing Digital Transformation to the global Energy EPC sector…the saying ‘small but mighty’ really does apply and JGC agrees.

Kojima Kazuyuki is the EPC Digital Transformation Department General Manager for Oil and Gas projects at JGC. It was his discovery of MODS during a Middle East Project proposal work that resulted in JGC becoming full-time business partners and major shareholders in October 2020.

Kojima’s background is in Piping construction and is always looking to make JGC processes more efficient as he explains:

“It was at the end of 2015 that I actually started studying different systems, I came across Advanced Work Packing (AWP) from a number of different vendors. But these were ‘System’ vendors, so they don’t know how we actually do our job, they build their system based on their imagination or what they think is useful but they’re all off the target a bit. It was at this time I came across MODS and asked Jon to present their various systems. What Jon was explaining was on point, their software such as MODS Origin and MODS Work Packaging function allowed us to link all work activities in sequence to the 3D model, it was so easy to use, a kindergarten kid could do it. That’s the simplicity I wanted, because if you look at the data in the Excel tables and compare the equipment in piping lists for example, it’s difficult to visualize how they’re connected to each other especially if you’re looking at a list, so that’s why the 3D model is quite important to do that”.

Jon Bell is MODS' CEO and founder. After initial discussions, Jon and Technical Director, Rich’ Cox, were invited to Japan for a meeting to discuss potential business projects. Jon describes the first meeting:

“We actually went out to Yokohama to really sit down with Kojima-san and his team to help them understand what we did. We immediately found we could talk a lot of the same language because the software has been written by us, and we've had the kind of pain that Kojima-san has had on various projects but on a smaller scale. The reason we developed this software is because our team had experienced the same issues, as we’ve all worked in the industry. Kojima-san could see what we developed had come from a construction mentality and not just a software mentality. And then, from that realization, we could see there was quite a lot of synergies, good conversations, and we've been working together ever since”.

Kojima has the same sentiment:

“When we talk to the different vendors, we end up explaining in quite a lot of detail of what we want them to do and can they do it or not. They try to understand of course, but as they’ve never done the construction before, what they provide is not the right fit to how we want to use the system. MODS and JGC are quite similar in the way they work, JGC has a core system which links all the survey construction information into one database. If we merge both our systems, we have an even better one”.

Demosthenes was a famous Greek statesman and orator of ancient Athens (400 BC), he once said ‘Small opportunities are often the beginning of great enterprises’ and that couldn’t be more true for MODS. Their innovative, practical, and flexible systems designed by industry experts have demonstrated their ability to improve working practices and their efforts are clearly leading to big opportunities.

Jon admits, at a first look, the partnership shouldn’t work:

“When you look at our relationship, you have JGC as a major EPC (Engineering, Procurement & Construction) player globally, you know…multi-billion-dollar business, thousands of people. And then you have little MODS out of West Hill Aberdeen, obviously when we first started talking, anyone would have probably looked at that and said, this doesn't add up. JGC will need a large software house behind them.

I think what really happened is that we had the same experiences and that we have so much productive license to free light. We can do that, it’s our software! We had no bureaucracy to go through, no internal battles. We just worked very closely and developed what JGC needed around their own in-house Construction Management System (CMS) - that is the heartbeat of what they do for their construction. I think a lot of other companies might have come in and ask them to change that or remove it completely potentially. And that's been built over decades worth of construction knowledge and it's a very smart system. It's got a lot of logic in there, so it made more sense for us to build around that, than JGC build around us. And I think that's really where the success came from because we were willing and able to work around JGC processes, which were already proven. It is pointless us coming in, telling them to change because they're the experts, not us, we needed to adopt our Brownfield mentality to their Greenfield mentality. And that's where we really saw the successes”.

JGC appreciated the flexibility that perhaps a smaller company could offer compared to a larger corporation. MODS' modified system quickly reaped rewards with huge savings, reductions in physical paperwork and manpower costs. Seeing the future potential, JGC immediately began discussions on Intellectual property and Company purchase as the new system was already proving to be a powerful and profitable tool. Fear of MODS being offered a deal they couldn’t decline from other Corporations was one reason, but money wasn’t the only motivator for MODS to join forces with JGC.

“I wouldn't say we're one hundred percent driven by money as a company. We've always been quite secure financially; we've never had any debt as we've grown organically. Obviously, there's always a fear from the JGC side, that somebody comes up with an offer you can't refuse but we always had an allegiance to JGC, and we always will. I think as the relationship grew, there was a chance for JGC to invest in MODS and become a cemented partner and it just made perfect sense. We have very aligned visions of the future and although we're not that far into the relationship, for me, it's going very well, so it's all positive”.

Sentiments that are also positively tangible with JGC, as both organizations are already planning to develop software systems to benefit Greenfield and Brownfield sectors including the transition from construction to operation, not just in oil and gas but in emerging renewables and across the Energy sector. MODS and JGC believe their wealth of knowledge should be shared and have plans in place to design products benefit the Energy Sector offering improved clarity and connectivity during Completions, Commissioning and initial operation phases offering more support and clarity to clients and their operators.