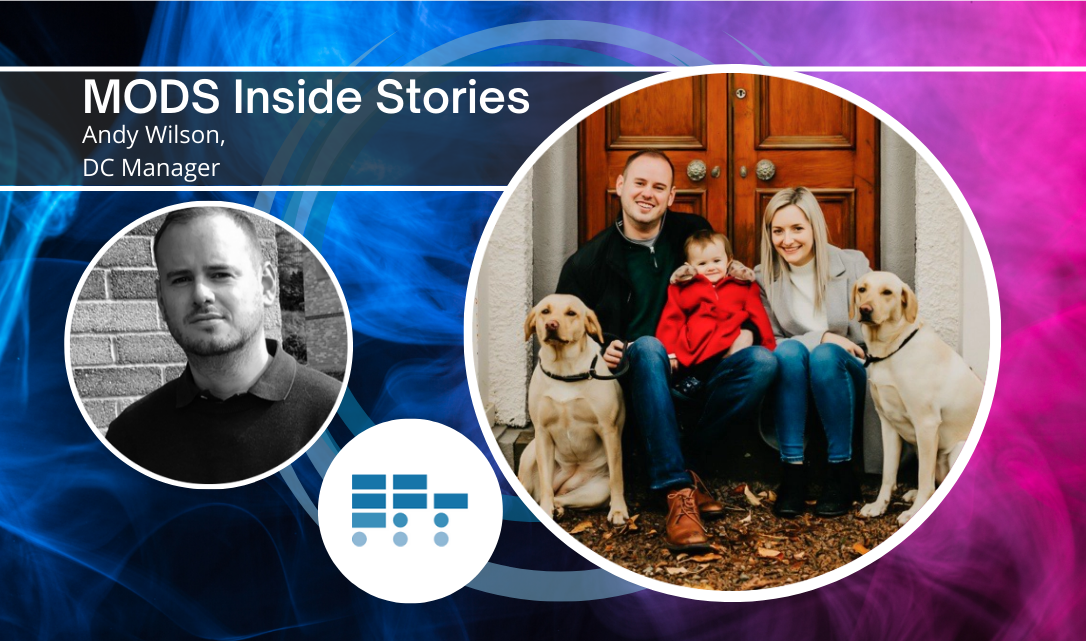 Already demonstrating longevity and prowess, Andy Wilson is poised to be a giant sequoia in the woods of the surveying world. With complete lifecycle project experience spanning design, fabrication and installation, he’s cultivating MODS’s Dimensional Control (DC) and Scanning ecosystem from start-up to powerhouse.

Starting young, Andy left school at the ripe age of sixteen, where he went straight to work with a local builder. In pursuit of becoming an architectural technician, he steadfastly worked his way up for five years from trainee to becoming the company’s AutoCAD guru.

Those early years gave Andy a taste of what was to come: field work. He preferred being onsite surveying house foundations and building sites to sitting at an office desk. Through this self-realization, Andy started researching other types of surveying that would get him out in the world.

It was then that he first discovered offshore surveying as a career option, fitting as he grew up on a farm outside of Aberdeen where the offshore industry has long held a firm presence.

Germination of a DC Superstar

When this discovery took hold, Andy jumped ship and went straight offshore, as a Trainee Surveyor with a DC company based out of Dyce in Aberdeen. One way Andy describes DC work is “taking the hot work from offshore so that it’s all done onshore, ensuring that all components are like puzzle pieces that fit together perfectly when delivered.” Indeed, he is a puzzle master having both perspective and fine attention to detail.

Young and, at the time, single, Andy revelled in a demanding rota wherein he was offshore for three weeks every month, meticulously building these large-scale infrastructure puzzles. As part of a survey team working for large oil and gas clients, Andy provided all DC for major platform hook-ups. He worked his way up, accumulating projects in both the North Sea and Dubai, one survey at a time. There was a period when he was rotating one week each in Dubai, Spain and Italy, capped off with only one week at home per month. He had fun with it, demonstrating talent for accuracy, precision and seemingly effortless execution – the result of his architect’s sensibilities and bird’s-eye outlook. He started to enjoy the fruits of his labor, buying his very own house at the ripe age of 22.

It was around that time, in 2013, when Andy made the transition back to more office-based work, coordinating global teams and projects. He was happy to wind down the demands of an offshore lifestyle, focusing instead on project oversight and the pleasure of renovating his new house.

A Complete Lifecycle of Experience

One of the things that makes Andy so unique in his field is that he has the trifecta of hands-on experience: design, fabrication and installation. Sometimes even all on the same project, which means that Andy has developed a nuanced and holistic understanding of the complete infrastructure lifecycle.

One of his earlier full lifecycle conquests was on a BP project with Intertek. He lived for a year in South Korea, bringing his piping surveying experience to the platform building site. Following construction, he then followed the platform offshore in the North Sea, getting it hooked up and online. “We were working in one of the biggest fabrication yards in the world where there was approximately 19,000 people on site every day,” says Andy of this mammoth undertaking.

He continues: “The surprising part was that they had never had to apply deflections or rotations to spools before. So, it was a challenge at times, especially with the language barrier. We would visit small fabrication shops out in the sticks of Korea explaining how to achieve what we had marked on our drawings."

This level of dedication to the job, he says, “paid off as the installation and hook up went really well back in the North Sea.”

This type of exposure is priceless. And when years later Andy turned into independent consulting, destiny came calling in the name of Mariner, the largest UK Continental Shelf development. It began as another Intertek build in South Korea, and Andy was one of an offshore team of twelve carrying out this work for a Norwegian group. The positive, relaxed environment – including single-person cabins – were a treat and a poetic close to Andy’s offshore adventures.

The desire to spend more time at home in Aberdeen grew. In 2017, Andy met Sammy, his partner, mother to his two-year old Mila and soon-to-be wife. It was this desire to settle down that led him to MODS, where he could apply his unparalleled expertise in DC and offshore scanning to what was then an evolving sector of the business.

With MODS, Andy had an opportunity to marry the knowledge of the first Scottish rig builders with the latest technology of today. His valuable history built on an industry legacy, and one that is sadly fading as he considers his generation to be the last to value traditional DC methodology:

“When I was getting trained up,” he says, “It was with the older generation that started up in the highlands of Scotland building the very first rigs. They were the best in the world. I was lucky enough to learn from them.”

Parlaying his years of offshore and overseas project work to developing a state-of-the-art division at MODS, his team’s services may be rooted in foundational sensibilities, but branch into the ethers of the field’s most advanced technological innovation. He’s wedded old-school DC methodology with things such as new-age scanning technology. And, from that tech and a heck of a lot of knowhow, the data that Andy’s team collects on a given project fuels MODS’s digital twin visualization software module: Reality.

With the Mariner project winding down, Andy quickly climbed on board with MODS as a Surveyor in March 2018. The surveying group was so small that Andy’s presence made it three, joining Donald Paterson (who currently heads MODS Australian business) and Martin Brown (based Stateside with MODS).

With the tight and agile group working on an Enquest contract for various North Sea assets, Andy again went straight offshore to provide project support. This, despite his desire to spend more time on the office, was one of his proudest MODS’s moments, because his burgeoning group had won this project to conduct a full scan of all assets, which occurred very soon after his hiring. He had to get two teams assembled per platform quite quickly. Fortunately, Andy likes fast and furious work. “A bit of stress keeps me going,” he says.

His now-developed group at MODS was at the time operating like a start-up, lean and mean. With scanning and DC effectively “a one-man show” as he put it, he became evermore driven to evolve MODS DC and Scanning into the robust team it is today.

A year or so later, when Matthew Bell came on board, MODS scanning and DC started to establish itself. While the start-up mentality continued for a bit, Andy’s group landed their first big contract with Petrofac later in 2018. MODS scanning and DC, with Andy at the helm, has come a long way since then.

As MODS’s surveying started to pick up momentum, Andy built a team, bringing in skilled and experienced contacts from a decade of experience vast in scope. He invested in the best equipment and developed SOPs (standard operating procedures). Now, to accommodate the dynamic workload, Andy oversees three Senior Surveyors, plus an additional three or four Surveyors. His team is robust, responsive and agile, just like MODS’s software.

Going Back to His Roots

Onsite work may have lured a young Andy to take on jobs all over the world, from South Korea to Dubai and beyond. But with such adventures firmly tucked under his belt, he’s ready to settle down with both work and life, building on a firm platform of his making.

Andy is originally from “a small farm near a place called Sauchen,” he muses. This “small farm” is actually a 200+ acre farm occupied by multiple generations and extended family. It’s the location of his “blackening weekend”, a Scottish tradition wherein a to-be-married couple effectively gets kidnaped by family and friends and covered in “who knows what,” says Andy. Fatherhood has put life into perspective. With Sammy, Mila and their two dogs, Tilly and Skye – Labrador sisters and granddaughters of his own childhood dog – Andy is prepping to build his own family a house on the farm, joining his parents and brothers on the land of his youth. As Andy reflects on his June wedding to Sammy and they look forward to a life back on his family’s farm, it seems that life has come full circle for Andy. A giant sequoia standing tall, he sees the forest through the trees, yet revels in his immediate atmosphere.

Having now also developed a successful group at MODS, he’s settling into a full and well-rounded life. Andy was clearly the architect of these unions, both at home and at work, constructing his life into a beautiful whole – a jigsaw reflective of the nuance, challenge and triumph that he faces in even the most difficult DC project. A man on a platform, offshore, building something functional and powerful, piece by piece, with grace under fire.

Hope you enjoyed Andy's story. If you are interested in more interesting stories coming from MODS,

to our blog. We are sending one email a month with all the blogs we published that month. 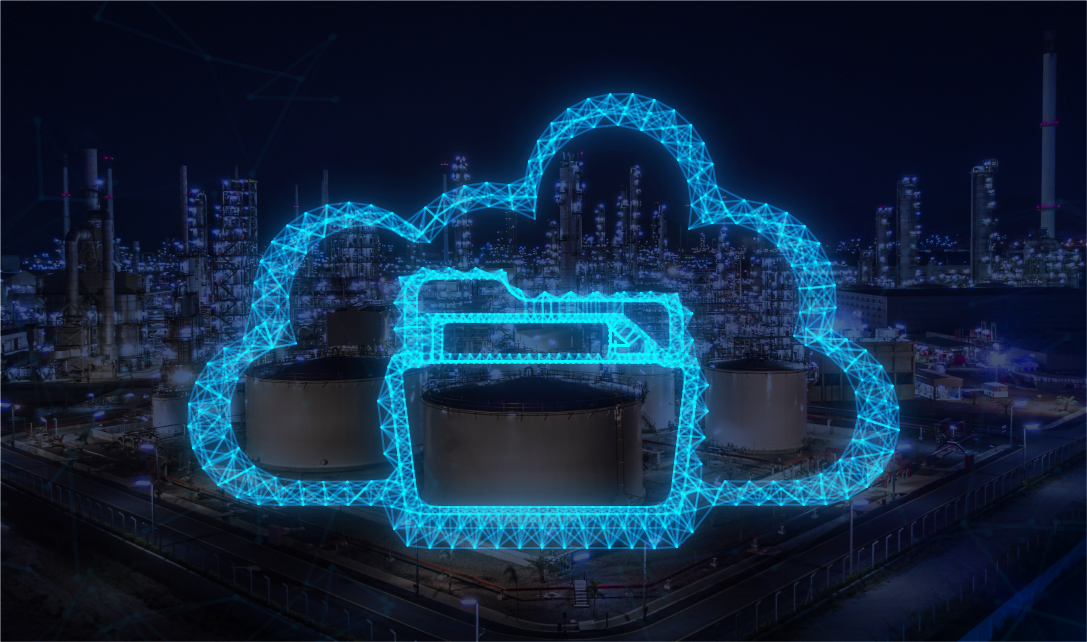 The Benefits of Going Paperless in Industrial Construction

Already demonstrating longevity and prowess, Andy Wilson is poised to be a giant sequoia in the woods of the surveying world. With complete lifecycle... 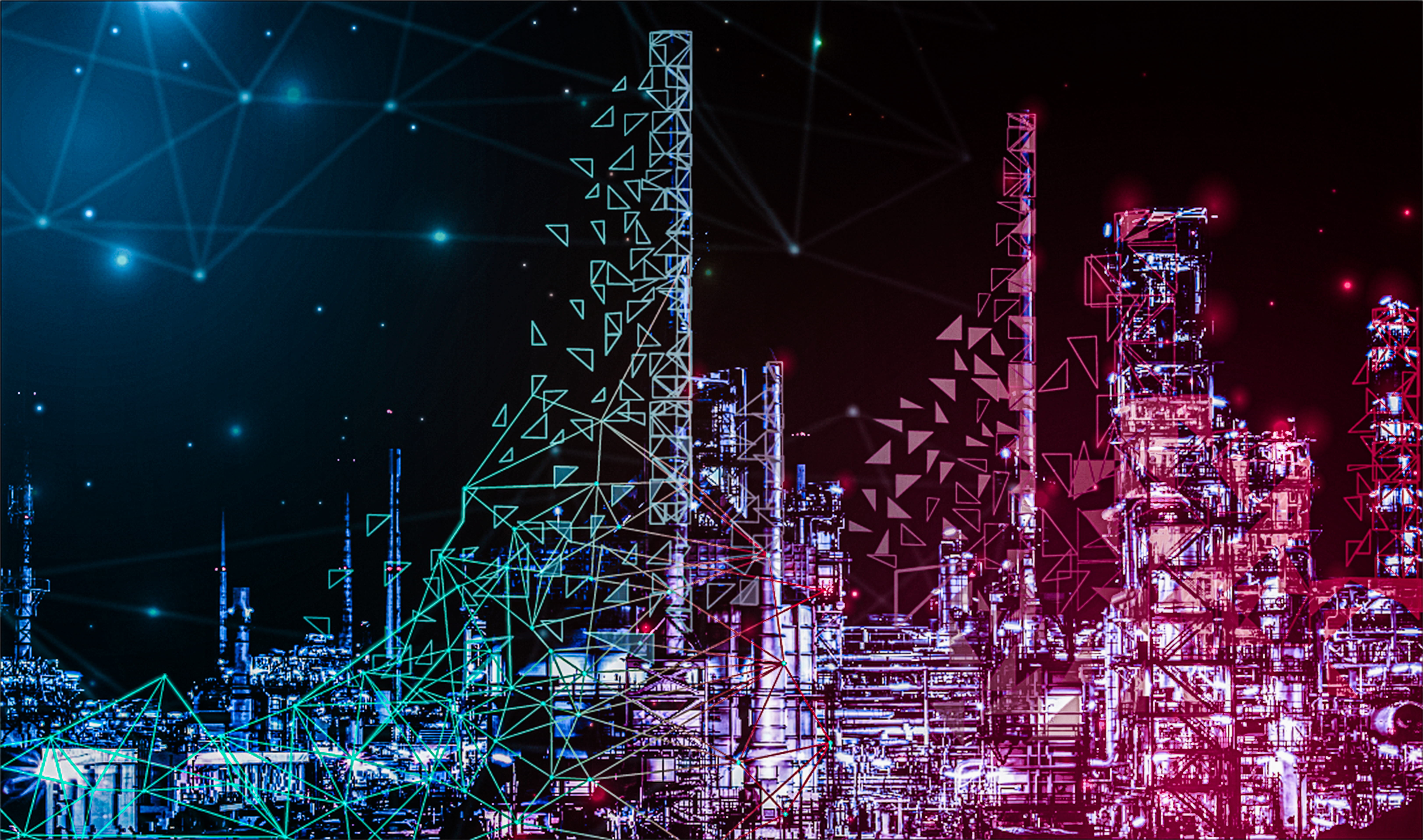 JGC Corporation, who have demonstrated a track record of results-driven digital transformation on their engineering, procurement and construction...