JGC and MODS: A Case Study in Partnership and the Power of Digital Transformation 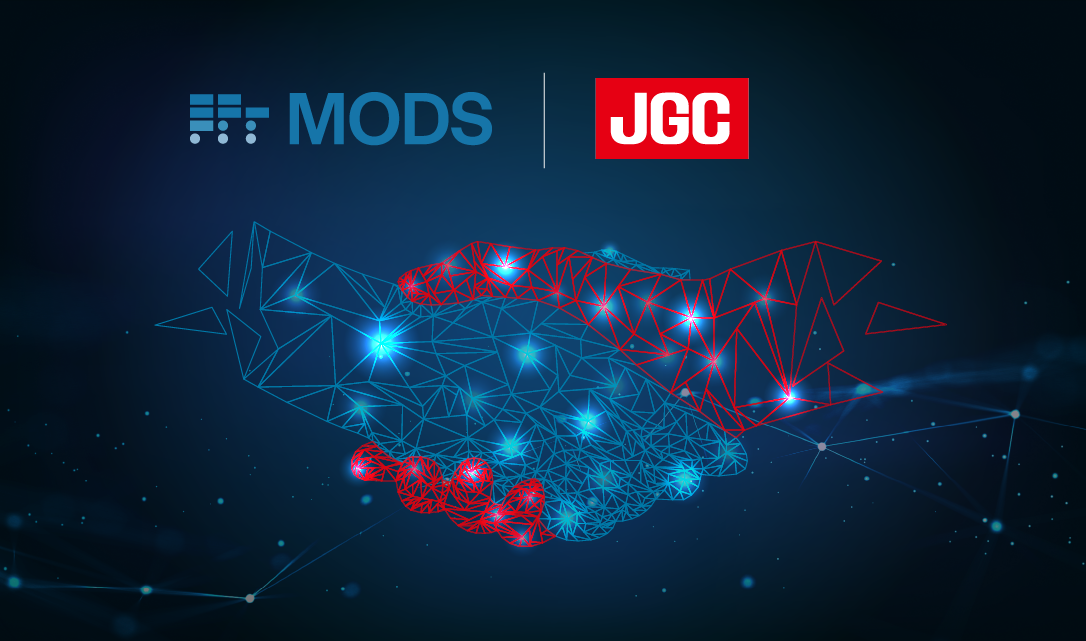 A significant global contributor to economic growth and industrial development, JGC Group is an engineering, procurement and construction (EPC) organization committed to meeting challenges for a better world.

JGC partnered with software-as-a-service provider MODS to reduce capital expenditure through digital transformation of their construction execution business. This partnership began 2016 with the onboarding of MODS’s industrial software solutions.

A turning point in this relationship came with JGC’s LNGC Canada project, one of the biggest liquefied natural gas (LNG) projects in the world at the time, which started in 2019. MODS-JGC soon progressed into a full-time partnership with JGC becoming major shareholders of MODS in October 2020.

JCG dates back to the 1920s and with budgets of over USD 1 billion in the oil and gas sector alone, they have since headlined the construction of more than 20,000 projects in over eighty countries.

Originally focused on energy and chemical plants, JGC’s EPC business now revolves around complex greenfield and mega-construction projects over a range of sectors from energy to healthcare and beyond.

Fiscal Year 2018 revenues clock in at USD 6.3 billion. At 7,300 employees strong, JGC is one of the world’s most prolific EPC firms, constructing one-third of global LNG projects.

Capital expenditure of JGC’s construction execution accounts for half of their total project costs. JGC’s existing construction management system relied on paper-based processes and manual data entry for work packs, which resulted in projects consistently running over time and over budget.

The five issues that JGC sought to address through their digital transformation journey were:

Embarking on a digital transformation journey reinforced JGC’s ethos to create a more prosperous future and to harmonize energy and the environment.

Since joining forces with MODS in 2016, MODS Origin has enabled paperless construction execution of around ten significant JGC projects. These projects included: Significantly reducing capital expenditure helps achieve a sustainable profit structure. To do this, JGC asked how they can build plants as a lower cost without compromising on quality, as well as to reduce unnecessary costs. The solution was through AWP, a primary feature of MODS Origin.

What Is MODS Origin?

JGC spent many years developing and tweaking their internal construction management system. But this hybrid-digital system relied on the manual uploading of data. Paper was indispensable, exposing project work to the vulnerabilities of human error, lost data, delays in data entry, and an inability to easily share information with their clients and owners-operators.

MODS (developer of industrial software solutions) brought two compelling things to the table that elevated them above their more grandiose competition. While JGC and MODS continue working collaboratively to introduce the additional modules, Construct and Test have already proved invaluable to JGC’s ways of working.

Construct is MODS’s AWP solution, which easily creates digital work packages including up-to-date engineering drawings, construction tags, progress reporting, 3D views, all related deliverables and safety documentation. Construct brings together all of this data, which can be accessed from the web or on a mobile device.

Test is MODS’s digital inspection package, which is broken down into three sub-modules: Test Piping, Test Loop and Test Energize. Test creates, controls, executes and archives test packages, all of which, again, are remotely accessible.

MODS Origin relies on a 3D visualization that integrates progress, scheduling and reporting, pulling data from both Construct and Test, as well as from JGC’s in-house system.

Through the JGC-MODS partnership, MODS Origin has evolved into JGC’s de facto construction execution solution for construction management and execution of complex greenfield and mega projects.

JGC’s digital transformation journey supports their commitment to contribute to planetary health through the three pillars of sustainability: economic, environmental and social.

Reducing person hours alone, especially on this magnitude, impacts the bottom line on large-scale construction execution projects. JGC’s partnership with MODS – an unlikely pairing at face value – has transformed both businesses, bringing them into a paperless future and fueling innovation and continued development of MODS Origin.

Data Integrity: The Flint That Lights the Flame of Digitalization | Energy Industry Blog